A village referred to as Nieszawa was mentioned in letters written by young Fryderyk Chopin to his parents, although we are not sure, which Nieszawa the composer meant (see route no 5).

While visiting Nieszawa, it is worth seeing its historical town plan. The town is located on the slope of the Vistula valley, which, according to geological research, may affect its further existence.

North to the town market, there is St. Jadwiga’s Parish Church erected in the Late Gothic style in the years 1460 – 1468 and with its interior dating back to the 17th and 18th centuries and including altars, pulpit, presbytery stalls, bishop’s throne, organ gallery and church benches. Next to the church there is a rectory, in which, in 1867, Stanisław Noakowski, a famous architect and lecturer, was born. Stanisław Noakowski used to live in the house in ul. Mickiewicza 6, where presently a museum dedicated to him is located. The town hall dating back to the 18th century, which was rebuilt in 1821, as well as much older Franciscan monastery dating back to the 17th century and the Church of Elevation of Holy Cross located south to the town market, are a real pride of Nieszawa. Father Maksymilian Maria Kolbe stayed in the monastery between in 1921. In the years 1955-1960 the monastery was a place of residence of Andrzej Klimuszko, a clairvoyant, healer and herbalist. In Nieszawa one can take a ferry on the Vistula and admire the panorama of the town. In 1974 film makers took advantage of the beauty of Nieszawa and chose the town as location for their film entitled ”Wiosna panie sierżancie“. 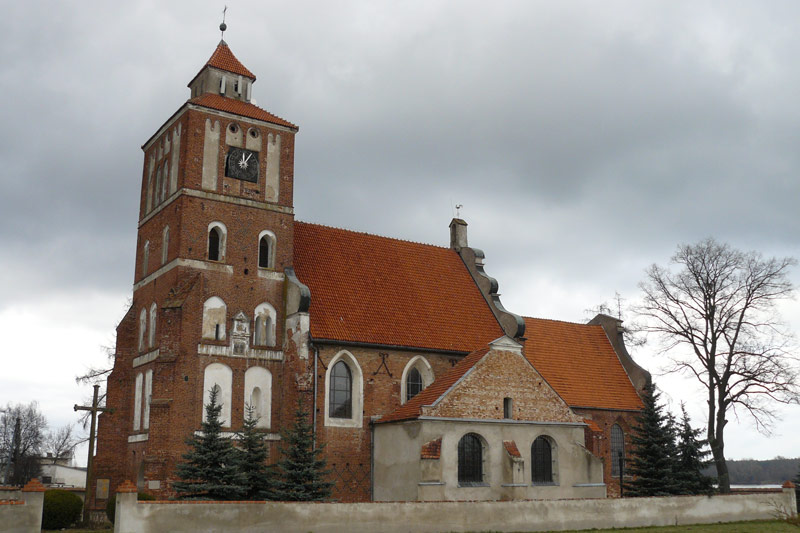